DYSMENORRHEA —  The “D” word that led me to my hysterectomy.

From my page What is Dysmenorrhea?

OK, it’s not a total secret, my total hysterectomy, but there are some people who I didn’t tell for various reasons.

I told everybody at work because well, I was going to be off four weeks and I had no shame getting the baby house taken out.  My boss really wanted me to have a baby, but I’m older, my eggs are few and defective, and well, the only time I did get pregnant there were chromosomal problems.  Alas, the fate of advanced maternal age.

At one point in my mid-twenties I was on a Fentanyl patch for the pain — three days every month.  It worked well, but I completely lost those days of my life … I mean I remembered virtually nothing.  I decided this wasn’t the best way to continue and stumbled onto Vioxx!  Oh how I missed Vioxx!  Vioxx made my periods completely manageable; I’m not sure how this drug did that but it did.  Why question what’s working?!

Wow!  That was TEN YEARS AGO!  I tried Celebrex, a related drug, but never had pain relief and instead got facial flushing, mild chest pressure and pedal edema.  So, I was back on the pain-med bandwagon … 😦

My recipe for my best attempt at pain control every month became a cocktail of Tylenol #3 (acetaminophen with 30 mG codeine), Tylenol and ibuprofen — all at the maximum safe doses.  This has been my regime for the last decade combined with the use of a hot water bottle, heating pad, patience, hot baths, emotional support (from my dear husband) and copious sleep.

I have often thought how I would keep this regimen up month after month, year after year, wondering about the health of my liver and kidneys due to all these chemicals?  When I turned 45 I thought this would be the year to say good-bye to my uterus.

Oh, back to the SECRET part … well, I had this surgery and have not told either my father or my parents-in-law.  I haven’t told my dad because he’s a typical high-functioning genius Aspergian and his response would be … well, weird.  I also feel there is no benefit for him to know of this surgery.

I’m pretty sure our conversation would go like this:

ME: Hi Dad.  I just wanted to let you know I’m having a hysterectomy on [insert date].

DAD: Oh?  Why are you doing that? [with a very puzzled tone]

ME: Well, I’ve had really, really painful periods for years and we’re not going to have children. [me, kind of embarrassed that I’m talking about periods with my seventy-something-year-old dad]

DAD: I planted a sweet potato vine out in the front.  It’s not ready to harvest yet.

So, suffice it to say, he’ll never know about my hysterectomy.  It’s not that he’s an uncaring man; he’s simply VERY factual.  In all honesty, I would like a bit more attention and a caring sympathetic response from my father but he is who he is.  C’est la vie and que sera sera!

In regard to my parents-in-law, it would be a WHOLE other story.  I would get loads of attention, lots of questions — not the kind I’d really want.  Just last year I was walking around the block with my father-in-law who is well-aware of our previous baby loss, but remains hopeful, and told me about his 56-year-old friend — FIFTY-SIX! who got pregnant.  Naturally.  No IVF (in-vitro fertilization).  Um, all I could reply was, “That’s interesting” and keep walking.  When I told my husband about this he cried bullshit on the whole thing his dad said.

My father-in-law is a GREAT man.  Seriously.  No joke.  And I love my mother-in-law dearly too.  But what they won’t be getting from us is grandchildren. Ever. They have a grandson and granddaughter from my husband’s sister … so they do have grandchildren, simply not from us.

I didn’t tell them about my hysterectomy because there would have been the “whys” and “you can still have children” and “you’re young” and “blah, blah, blah” … not the conversation I wanted to get into.  I may tell them one day when I’m in my 70s that we’re not having children … until then I’ll let them remain hopeful!

I certainly didn’t make this decision on the fly; it’s been brewing for many, many years — in fact, I’ve thought of a hysterectomy every month now for years!  Pain is a lovely reminder (sarcasm).

So, my secret’s out with some … just a few.  Sadly, the people I’d most like to share this life-changing event with are the ones I’m not. 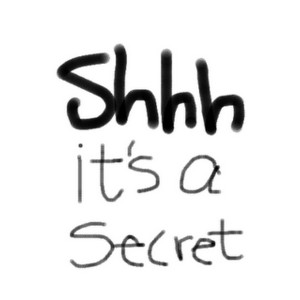 Some people may think getting a hysterectomy is a bit extreme for painful periods.  These people have never had MY dysmenorrhea.  I’ve tried hormones — I still have pain and exhausting fatigue.  I tried fish oil and ended up bruised all over without any relief during my periods.  I tried Vitex, an herb from the Chasteberry tree; all I got was a severely dry mouth and no change in menstrual pain.  I tried acupuncture.  I tried meditation.  I tried yoga.  I tried belly dancing.  I tried vigorous regular exercise.  I tried lots and lots and lots of sex.  I tried prayer.  I tried changing my diet to gluten free, dairy free, being a vegetarian … nothing helped, nothing changed.

THERE ARE NO MIRACLE CURES.

I never got pregnant again since June 2012 so even another pregnancy wasn’t an answer to this pain relief.  The only reason I kept the baby house around (AKA the uterus) was in case I did get pregnant.  Now I am over 45 and can’t conceive of myself as a first-time mother at this age.  I’ve accepted my childlessness with some sadness.

When I was newly pregnant in 2012 I told my Ob/Gyn that no matter what happened with my pregnancy I would know before I died I was pregnant at least once — something I thought was impossible.  I could be happy just knowing that at least I was able to get pregnant once.

Finally, in 2009 (or 2010?) I got a new Ob/GYN and he suggested a laparoscopy.  Finally I thought I would get answers to the monthly pain within me.  The laparoscopy and anesthesia recovery were easy.  I did feel like a bloated giant blueberry for a couple days from the laparoscopy though. The procedure went well and I was told that I only had a few endometrial implants that were easily fulgurated. By the level of my dysmenorrhea pain I thought I would have been riddled with endometriosis, but no, I had the average amount of endometriosis for a woman of my age.

I learned that a woman can be filled with endometriosis and suffer no pain, and the opposite is true as well — little to no endometriosis with severe dysmenorrhea.  So, with that diagnostic test under my belt I was left wondering what the cause of my pain was … I only knew what it wasn’t.

For many years, as long as I can remember I have suffered from painful periods AKA dysmenorrhea.

I started my period at age thirteen and couldn’t have been more excited.  I was so excited to finally “get it.”  It was a big deal back in the 80s when I was growing up who would get their period first … like some sort of perverse race. My period in the beginning wasn’t painful and any pain I did have was managed easily by the over-the-counter medication Pamprin.  Does anyone use Pamprin anymore?

When I turned seventeen I started on the birth control pill and my period pain was still manageable at that time.  It wasn’t until my mid-twenties that the pain from my periods became horrible.  I was at the point where the cramping went down my legs both the back and front, the low back pain was unrelenting and I had bouts of intermittent diarrhea.  The pain was so bad I had to crawl around on my hands and knees at times (at home of course, not in public), and would miss a day or two of work almost monthly.

In my late twenties I decided to go off the pill and try to get pregnant.  Without contraception, I never became pregnant and had unexplained fertility.  I am still baffled why no gynecologist suggested a laparoscopy to investigate my dysmenorrhea.

My pain was eventually managed by my primary care physician who put me on a Fentanyl Patch of 50 mcG for three days out of every month with breakthrough pain managed with Tylenol #3 and 800 mG ibuprofen.  After enduring these medications for a about a year and losing days of my life every month due to the combination of pain and the sedating amnesic effects of Fentanyl, I decided to go stop using the Fentanyl.  I didn’t want to lose parts of my life even though the pain was completely controlled.  At that point I started taking Vioxx — a non-narcotic, non-steriodal anti-inflammatory medication that would eventually be pulled from the market … FOREVER. 😦

The diarrhea episodes eventually subsided after several years but the severe back and leg pain continued every month without fail.  And then for the last decade a debilitating fatigue would set in almost every month.  I would get dark, dark circles under my eyes, and yet never heavy bleeding.  I have never been anemic.  I would take Tylenol #3 and Ibuprofen, staying in bed sleeping the painful period days away.  This is the prelude to my hysterectomy.

PS: For more on DYSMENORRHEA see my page section at the top of the blog!